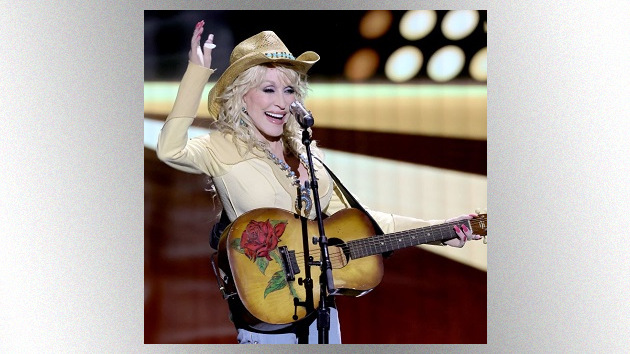 Dolly Parton is taking herself out of the running for the Rock & Roll Hall of Fame.

The country legend, who was nominated for the first time for the Rock Hall honor this year, explained in a post on her social media sites that she wanted to be removed from consideration for induction.

“Even though I am extremely flattered and grateful to be nominated for the Rock & Roll Hall of Fame, I don’t feel that I have earned that right,” the music legend wrote Monday. “I really do not want votes to be split because of me, so I must respectfully bow out.”

However, Dolly doesn’t rule out being nominated again in the future. She goes on to say that releasing a rock album has been a dream of hers and that the nomination has “inspired” her to potentially record one “at some point in the future.”

“I do hope that the Rock & Roll Hall of Fame will understand and be willing to consider me again — if I’m ever worthy,” she continued. “I wish all of the nominees good luck and thank you again for the compliment. Rock on!”

It was announced in February that Parton was nominated for induction into the 2022 Rock & Roll Hall of Fame class alongside Beck, Pat Benatar, Kate Bush, DEVO, Duran Duran, Eminem, Eurythmics, Judas Priest, Fela Kuti, MC5, New York Dolls, Rage Against the Machine, Lionel Richie, Carly Simon and A Tribe Called Quest. The 2022 inductees will be announced in May.