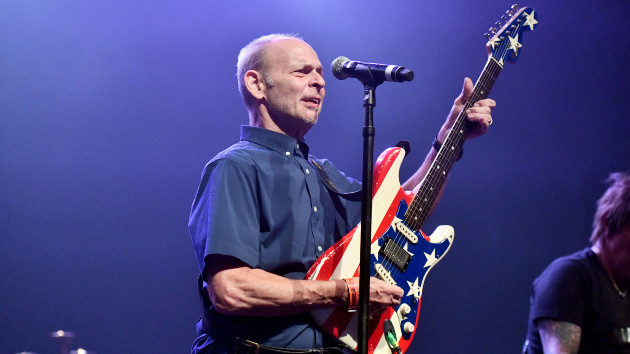 MC5 is back to kick out the jams once more.

The seminal proto-punk outfit, led by original guitarist Wayne Kramer, has announced a U.S. tour for this spring. Not only that, but the band plans to release a new album this fall, marking the first MC5 record in over 50 years.

The tour begins May 5 with a hometown show in Detroit, and will wrap up May 15 in San Diego. Joining Kramer onstage for the run will be vocalist Brad Brooks, guitarist Stevie Salas, bassist Vicki Randle and Jane’s Addiction drummer Stephen Perkins.

Tickets go on sale this Friday, March 11. For the full list of dates and all ticket info, visit Kramer’s Facebook page.

Before the tour launches, Kramer plans to release two new MC5 songs ahead of the album’s arrival in October. One, titled “Heavy Lifting,” features Rage Against the Machine‘s Tom Morello, while the other, a reworking of Kramer’s 1995 solo track “Edge of the Switchblade,” features William DuVall of Alice in Chains.

You can check out a preview of “Heavy Lifting” streaming now on YouTube.

MC5 is once again nominated for the Rock & Roll Hall of Fame this year. The band has been on the ballot five times previously, but has yet to be inducted.