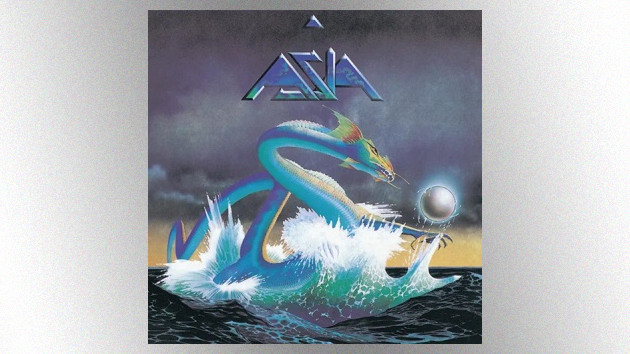 While all four band members had plenty of success with their respective previous groups — drummer Carl Palmer with Emerson, Lake & Palmer, guitarist Steve Howe with Yes, singer/bassist John Wetton with King Crimson and U.K., and keyboardist Geoff Downes with The Buggles and Yes — the Asia album was the first #1 album in the U.S. for any of them.

Asia spent nine weeks atop the Billboard 200, and yielded two hit singles — “Heat of the Moment” and “Only Time Will Tell,” which peaked at #4 and #17, respectively, on the Billboard Hot 100. Asia wound up being the best-selling album in the States in 1982.

Palmer tells ABC Audio that he wasn’t surprised that the band members had immediate chemistry, since he, Howe and Wetton already were quite familiar with each other.

“The DNA between Steve and myself [and] John, all very close, you know,” Carl explains. “So from my point of view, it was a natural group…And obviously, Geoffrey, when he came in, having that success with The Buggles and [Yes]…all of that was great…And it worked immediately.”

Palmer says Asia’s success is all the more impressive because prog-rock wasn’t popular on radio during the early ’80s. Carl notes that the band realized that it needed to incorporate more mainstream-rock elements into its music if it wanted to get radio airplay, and it also successfully utilized music videos to promote the group as MTV was such a popular media outlet then.

Palmer says Asia was one of the few albums he recorded that he actually played “back to back several times at home,” noting, that “the melodies [of the hits] were so strong.”