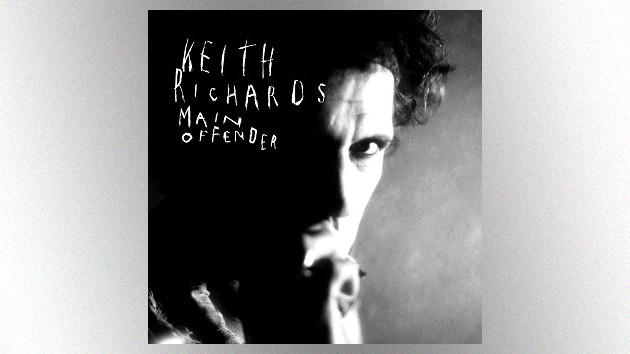 A new lyric video for “999,” the lead track off Keith Richards‘ 1992 sophomore solo effort Main Offender, has premiered at the Rolling Stones guitarist’s official YouTube channel in advance of the March 18 release of the album’s 30th anniversary reissue.

Richards also has posted a recent video clip of him playing a segment of “999” solo on an acoustic guitar at his social media pages.

As previously reported, the Main Offender reissue will be available in multiple formats and configurations, including a limited-edition super-deluxe box set featuring remastered CD and vinyl versions of the album, as well as a bonus live album on CD and two LPs.

The live album featured in the box set, titled Winos Live in London ’92, features Keith and his band playing select songs from Main Offender and Richards’ 1988 solo debut album, Talk Is Cheap, as well as renditions of The Stones’ “Gimme Shelter,” “Before They Make Me Run” and “Happy.”

You can pre-order the reissue now.