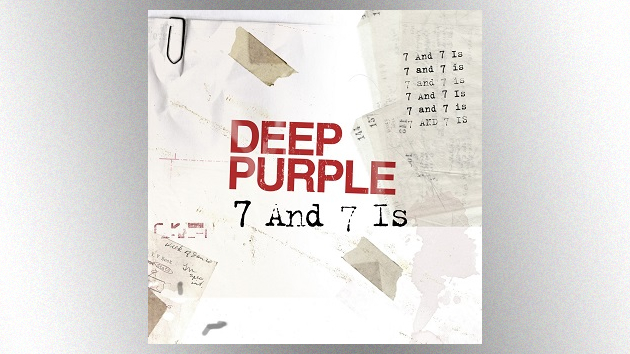 A new video capturing Deep Purple performing Love‘s 1966 garage-rock gem “7 and 7 Is” during a live rehearsal has debuted on the earMUSIC label’s official YouTube channel.

The band shot the clip in a warehouse in Germany in November 2021 during a promotional tour of the country. Deep Purple’s music video for their recent cover of Fleetwood Mac‘s “Oh Well” was shot at the same time.

Deep Purple’s studio versions of “7 and 7 Is” and “Oh Well,” appear on the band’s latest album, Turning to Crime, which was released last November 2021. Turning to Crime, recorded remotely during the COVID-19 lockdown, is the group’s first album made up entirely of songs by other artists.

Deep Purple has launched a website dedicated to the new album, TurningtoCrime.com, and you also can order the record at the site.

Last month, Deep Purple kicked off its 2022 tour itinerary with a pair of concerts in Florida, and the band also took part in the latest edition of the Rock Legends Cruise. Next up for the Rock & Roll Hall of Famers will be a May 22 show in Tel Aviv, Israel, that will be followed be a series a European concerts.