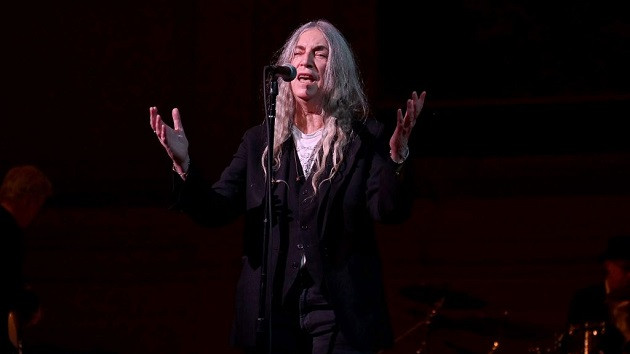 The 35th annual Tibet House US Benefit Concert was held Thursday night as a virtual event that streamed live on Mandolin.com, and among the many highlights were performances by Patti Smith and Phish‘s Trey Anastasio, as well as appearances by Paul Simon and Iggy Pop.

Smith kicked off the concert by singing a moving rendition of the Ukrainian National Anthem in tribute to the people of Ukraine, as Russia continues its invasion of the country. Later in the show, Patti performed her song “Peaceable Kingdom” with her daughter, Jesse Paris Smith.

Anastasio played a set that included the deep cut “Snowflakes in the Sand. “

Meanwhile, Simon and Iggy were among several special guests who were on hand to deliver spoken-word messages. Others included New Order‘s Bernard Sumner and Stephen Colbert.

The concert wrapped up with Patti performing her classic 1988 anthem “People Have the Power,” which has become a tradition at the long-running annual event.

The stream of the 2022 Tibet House US Benefit Concert will be available for viewing at Mandolin.com until this Sunday, March 6, at 11:59 p.m. ET.

Additional money is being raised for the charity via a CharityBuzz auction that runs through March 8 and features guitars signed by Simon and Pearl Jam, among other memorabilia.