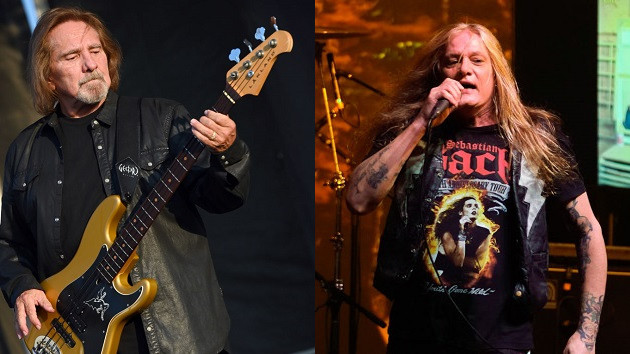 The Q&A session, titled “Dreamers Never Die: The Enduring Power of Metal,” will take place on March 18 at the Austin Convention Center, starting at 11:30 a.m. CT. The event will feature Butler, Bach and Dio chatting with rock radio and TV host Eddie Trunk about the enduring connection so many musicians and fans have to heavy metal music, and people’s continued adherence to the hard-rock lifestyle even as they enter their golden years.

The session clearly is connected to the new documentary about Ronnie James Dio, DIO Dreamers Never Die, which is scheduled to get its world premiere at the festival on March 17.

The film is described as the “definitive career spanning documentary” on the late singer, who during his long career fronted his own band, Dio, as well as Rainbow and Black Sabbath. Ronnie died in May 2010 from stomach cancer at age 67.

In other SXSW news, Sammy Hagar & the Circle will be among the acts that will be performing at a free series of concerts at the SXSW Outdoor Stage at Austin’s Lady Bird Lake, running from March 17 to March 19. Hagar and company’s set will close out the March 18 bill, and will begin at 8 p.m. CT.

Visit SXSW.org for more details about the festival, which runs from March 11 to March 20.