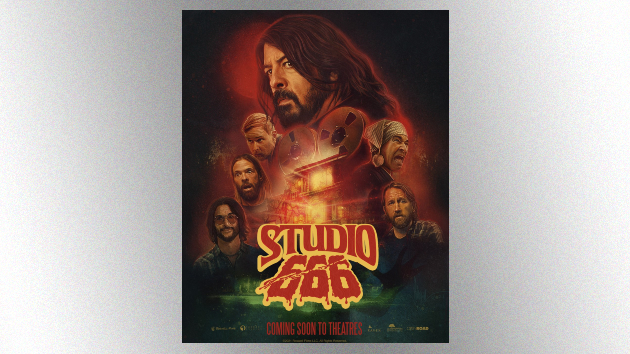 In a career filled with best-selling albums, worldwide tours and jam sessions with nearly every legendary rock star on the planet, Dave Grohl may have found his most unexpected project yet with Studio 666.

The new horror-comedy film stars Grohl and the rest of the Foo Fighters as fictionalized versions of themselves, who enter a creepy mansion to record their next album. Things soon turn from spooky to downright evil when Grohl is possessed by demonic forces and begins killing the other band members.

In between the R-rated flick’s blood, gore and entrails, one might find a metaphor for the way a song might “possess” someone as they write it, though Grohl doesn’t think it’s exactly the same thing.

“Well, it’s a little different, because in the film I’m inspired by Satan,” Grohl tells ABC Audio. “That’s not my typical motivation when I’m writing a Foo Fighters song. ‘Times Like These’ is not about the Devil.”

Even putting Satan aside, making Studio 666 brought its fair share of surprises to Grohl and company.

“Remember the room that we would sit around and wait in?” laughs guitarist Chris Shiflett. “We did it so f***ing low-budget. Like, there was two folding chairs and, like, a dirty old couch or something in this room, and we would just be huddled in there for, like, 12 hours a day.”

Studio 666 is in theaters today.