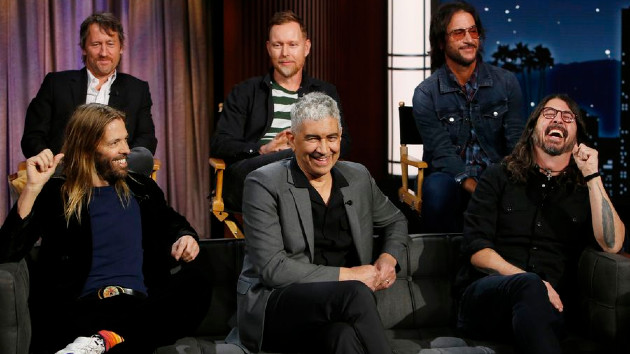 Foo Fighters are headed back to Austin City Limits.

The long-running PBS music performance series has booked Dave Grohl and company for a taping to air during its upcoming 48th season. The show will take place on April 27.

The Foos previously rocked the ACL stage twice before. Highlights from those shows were compiled into an hour-long ACL special, which premiered in 2021.

“I’m sure I can speak for every musician when I say that being asked to come play Austin City Limits is practically like getting a medal,” Grohl said at the time. “As a musician it’s something to aspire to and if you actually achieve that then you wear it like a badge.”

Other artists set to tape episodes for ACL‘s next season include Arlo Parks, Japanese Breakfast and Cimafunk.

In addition to their trip to ACL, Foo Fighters will be headed to the silver screen with their movie Studio 666, which premieres in theaters this Friday, February 25.