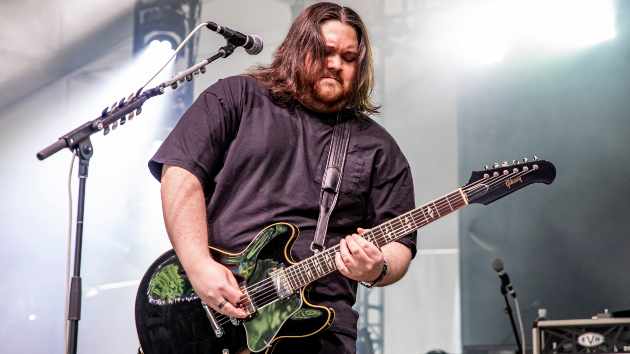 Mammoth WVH brought some grunge to the Young Guns tour with a cover of Alice in Chains.

During the outing’s stop in Salt Lake City on Monday, Wolfgang Van Halen and company brought out a rendition of the Dirt opener “Them Bones.” Mammoth’s version stayed pretty close to the original, with Wolf and guitarist Jon Jourdan recreating the Layne Staley and Jerry Cantrell harmonies.

You can watch fan-shot footage of the cover streaming now on YouTube.

The Young Guns tour, which also features Dirty Honey, launched over the weekend in Denver. In addition to the Alice cover, Mammoth’s also debuted a new song called “I Don’t Know It All” at the trek’s first shows.