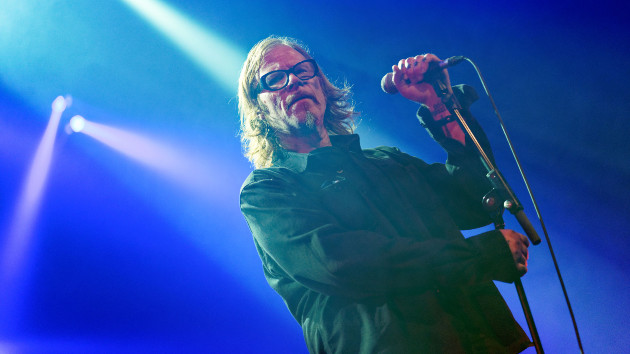 Mark Lanegan, frontman for Screaming Trees and various other projects, has died. He was 57.

A statement posted to Lanegan’s Twitter reads, “Our beloved friend Mark Lanegan passed away this morning at his home in Killarney, Ireland.”

“A beloved singer, songwriter, author and musician he was 57 and is survived by his wife Shelley,” the post continues. “No other information is available at this time. We ask please respect the family privacy.”

Lanegan co-founded Screaming Trees in the mid-’80s in Washington State, and helped pioneer the coming grunge explosion of the ’90s. The band released seven albums and earned hit rock radio singles with “Nearly Lost You” and “All I Know” before breaking up in 2000.

In between Screaming Trees activity, Lanegan began a solo career, and in the 2000s, he began collaborating with Queens of the Stone Age, guesting on their albums Rated R, Songs for the Deaf and Lullabies to Paralyze. Lanegan also frequently worked with Greg Dulli of The Afghan Whigs, and in 2008, they released Saturnalia, their first and only album as The Gutter Twins.

Lanegan released a total of 12 solo albums, the most recent of which being 2020’s Straight Songs of Sorrow. He also released three records with Scottish singer-songwriter Isobel Campbell.

Late last year, Lanegan released a memoir called Devil in a Coma, which detailed his “terrifying” battle with COVID-19.