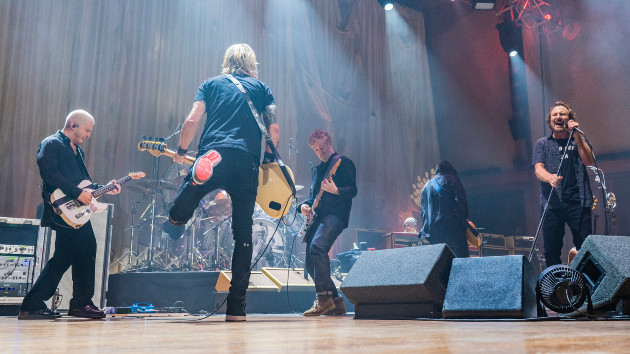 Eddie Vedder‘s all-star solo band got even more firepower when Duff McKagan joined the Pearl Jam frontman onstage during his show in Seattle on Monday.

The Guns N’ Roses bassist joined Vedder and his Earthlings for a rocking cover of The Pretenders‘ “Precious.” Fan-shot footage of the performance is streaming now on YouTube.