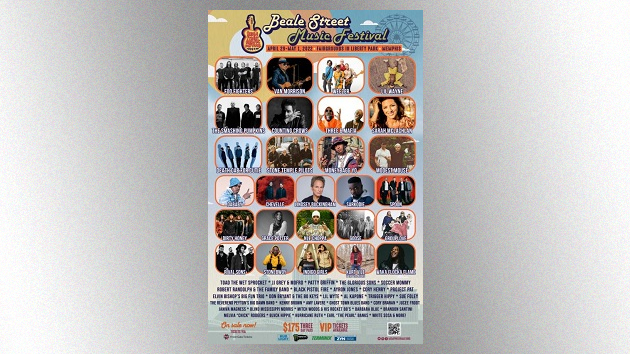 A partial list of artists who will perform at the 2022 Beale Street Music Festival was revealed in December, but now the full lineup has been announced for the event, which takes place April 29 to May 1 in Memphis, Tennessee.

Van Morrison, Stone Temple Pilots, Weezer and Elvin Bishop are among the artists who have joined the bill. Other notable new additions to the lineup include Counting Crows, Sarah McLachlan, Indigo Girls, Grace Potter, Patty Griffin, Chevelle, Spoon, and Death Cab for Cutie.

This year’s event will take place at the Fairgrounds in Liberty Park, since the Memphis festival’s traditional site, Tom Lee Park, is undergoing renovations.

For the full lineup and all ticket info, visit MemphisinMay.org.