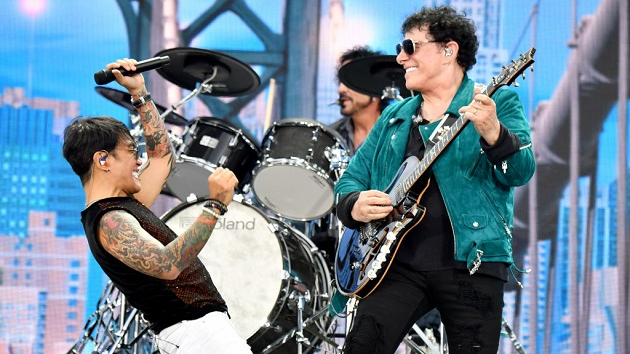 Schon posted a photo that shows Journey’s logo, the title Freedom and the record’s 15-song track list, along with a message that reads, “Teaser…it’s coming and it’s loaded.”

The album includes lead single “The Way We Used to Be,” which was released back in June of 2021, as well as songs titled “Together We Run,” “Still Believe in Love,” “After Glow,” “Let It Rain,” “All Day All Night” and “United We Stand.”

Schon also posted a note today on his Twitter feed about the forthcoming album, writing, “I wanted to stick true artistically to the times and values of older albums where every track means something and it’s meant to be played from top to bottom and take you on a ride…no pun intended ‘JOURNEY FREEDOM.'”

No word yet on a release date.