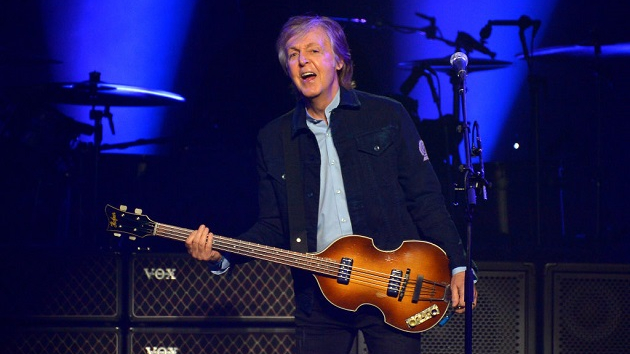 Paul McCartney has contributed a bass part to a new song called “Home” by The Umoza Music Project, an international collective featuring various singers from the African country of Malawi collaborating with over a dozen U.K. musicians.

“Home” is the lead single and title track of The Umoza Music Project’s upcoming second album, both of which are due out May 6.

The Home album, which will be available on CD, vinyl and digital formats, features the Malawian artists singing in their native language, Chichewa, and was put together remotely with the various musical contributors.

The song marks the first time that McCartney has played bass as a guest musician on an African language track. Sir Paul recorded his part while in lockdown in the U.K. during the sessions for his latest solo album, McCartney III.

“Home” will also be released as a limited-edition single on 7-inch and 10-inch vinyl. Proceeds from the discs will benefit Malawian musicians.

“I’ve always loved African music so when I was asked to do this I jumped at the chance and ended up playing my Hofner bass on this cool song,” McCartney says in a statement. “It was great to collaborate with these excellent African musicians.”

John Tobin, founder and producer of The Umoza Music Project, adds, “[Paul has] helped us create us a great track and lead single, and it’ll bring these beautiful Malawian voices to the attention of many more music lovers around the world than we would have reached otherwise.”

Tobin, who was born in Malawi but raised in the U.K., began The Umoza Music Project in 2010 as a collaboration with a Malawian singer/songwriter named Max Jere. A documentary about the project currently is in the works. Visit PaulMcCartney.com and UmozaMusic.com for more information.