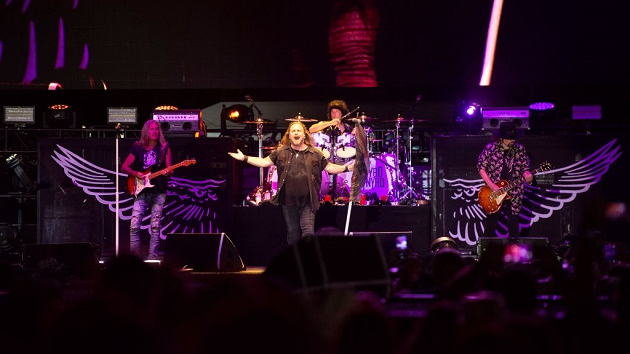 Lynyrd Skynyrd will headline the first day of of the Let’s Go! Music Festival, scheduled for June 3-5 in the Annapolis, Maryland, suburb of Crownsville.

Joining Skynyrd on the event’s June 3 bill is another veteran Southern rock band that emerged during the 1970s — The Outlaws.

The festival’s other headliners include country star Billy Currington and pop-rockers the Goo Goo Dolls, who will perform on June 4 and 5, respectively.

Single-day and three-day passes for the festival are available now at Etix.com. Visit LetsGoFest.com for more information.

Lynyrd Skynyrd currently only has a few other confirmed 2022 performances on their schedule. On April 9, the Rock & Roll Hall of Famers will be performing in Scottsdale, Arizona, at the RockYard venue as part of the 25th anniversary Arizona Bike Week event. On May 13, the band will headline a concert at the LA County Fair in Pomona, California. Lastly, on September 23, Skynyrd will be playing a show at the Nugget Resort Casino in Sparks, Nevada.