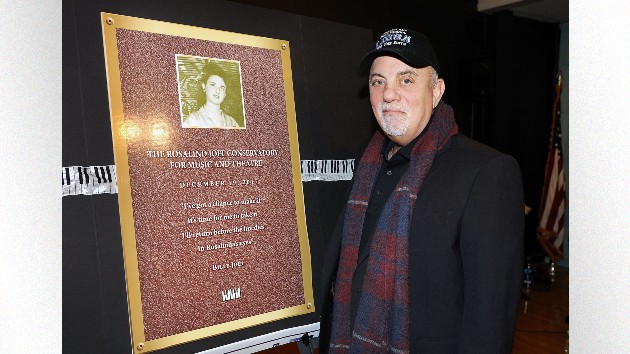 Long Island’s Newsday reports that Billy and his charitable foundation have pledged $1.5 million to the Long Island High School for the Arts, which provides programs in music and theater, as well as game design, audio and video production and digital film making.

“We are incredibly proud of LIHSA’s momentum and positive impact on the next generation of artists from Long Island,” Billy and his wife, Alexis, said in a statement.

When the school, founded in 1973, was on the verge of closing six years ago, Billy’s foundation kicked in a million dollars to save it.  In 2017, the building that houses the music and theater programs was renamed in honor of Billy’s mother, Rosalind Joel.

Graduates of the school, which is located in the town of Syosset, have gone on to careers on Broadway, nationally recognized arts organizations and more.