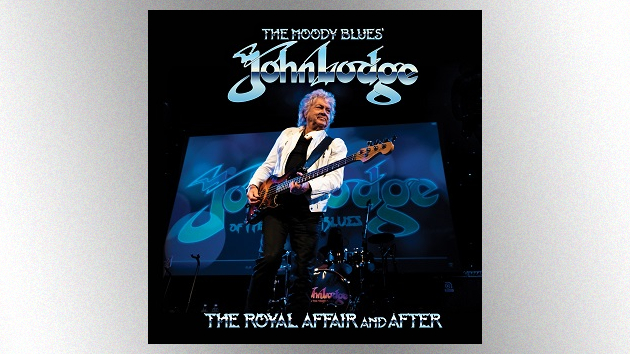 CD and digital versions of Moody Blues singer/bassist John Lodge‘s new live album, The Royal Affair and After, were released in mid-January, and now a limited 180-gram vinyl edition of the record pressed on blue vinyl has arrived.

As previously reported, the 10-track album features performances by Lodge and his solo group, The 10,000 Light Years Band, from a Las Vegas concert they played during their stint on the Yes-headlined 2019 Royal Affair Tour and from their subsequent U.S. headlining trek.

Coinciding with the arrival of the blue-vinyl LP, Lodge has debuted a video for his rendition of the classic 1971 Moody Blues ballad “Isn’t Life Strange” on his official YouTube channel.

The Royal Affair and After includes renditions of several well-known Moody Blues songs, including “Isn’t Life Strange,” “Ride My See-Saw” and “Nights in White Satin,” the latter two of which features guest vocals by current Yes frontman Jon Davison.

Also on the album, is a version of the Days of Future Passed interlude “Late Lament” written by late Moody Blues drummer Graeme Edge that features a recording of Graeme reciting the spoken-word piece made especially for Lodge’s tour.

“I’m absolutely delighted by the incredible reaction to the album,” says Lodge says. “[I]t truly is ‘the soundtrack of my life’…It also makes me so very happy that Graeme did his special performance of ‘Late Lament’ for the album, he will be deeply missed, but always stay with us in our hearts and on this album.”

Lodge will launch a new U.S. solo tour on March 8 in Norfolk, Connecticut. Visit JohnLodge.com to check out his full schedule.

Meanwhile, a black 180-gram vinyl version The Royal Affair and After will be released on February 11.