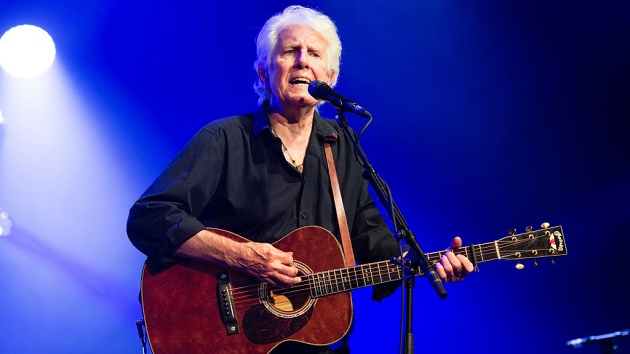 Graham Nash has joined Neil Young, Joni Mitchell and others in asking that his music be removed from Spotify because the streaming service has been hosting Joe Rogan‘s popular podcast, which many medical and scientific professionals have charged with spreading potentially harmful misinformation about COVID-19 and the vaccines.

Nash has issued a statement explaining his decision to have his solo recordings pulled from Spotify, which also appears to reference comments Rogan made in an Instagram video posted Monday in which the host addressed some of the accusations regarding his podcast.

“There is a difference between being open to varying viewpoints on a matter and knowingly spreading false information which some 270 medical professionals have derided as not only false but dangerous,” Graham writes. “Likewise, there is a difference between misinformation, in which one is unaware that what is being said is false, versus disinformation which is knowingly false and intended to mislead and sway public opinion. The opinions publicized by Rogan are so dishonest and unsupported by solid facts that Spotify becomes an enabler in a way that costs people their lives.”

In Rogan’s video, he denies “trying to promote misinformation,” adding, “I’m not trying to be controversial. I’ve never tried to do anything with this podcast other than just talk to people and have interesting conversations.”

After Young and Mitchell announced they were removing their music from Spotify, the company announced that it will be adding content advisories before podcasts that discuss COVID-19.

“Personally, there are plenty of individuals and views on Spotify that I disagree with strongly,” wrote Spotify chief executive Daniel Ek. “It is important to me that we don’t take on the position of being content censor while also making sure that there are rules in place and consequences for those who violate them.”