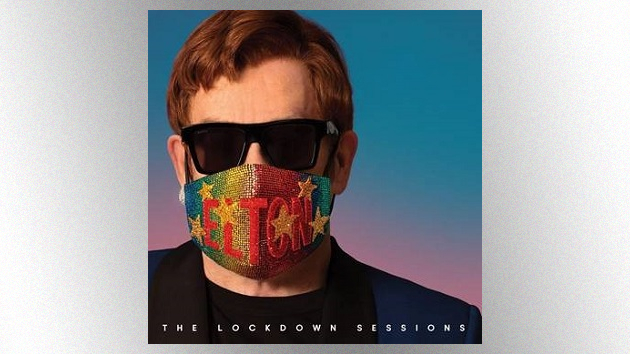 In 2021, all those collaborations that Elton John had been doing for the past year or so really paid off, as he returned to the charts for the first time in decades.

In August, Elton teamed up with his new BFF Dua Lipa, who he became friendly with in 2020, to release “Cold Heart.” The mashup of four Elton songs — “Sacrifice,” “Rocket Man,” “Kiss the Bride” and “Where’s the Shoorah?” — was created by Australian dance act Pnau, with whom the music legend had previously collaborated.

–“Cold Heart” proved to be an unexpected smash, returning Elton to the top 40 of the Billboard Hot 100 for the firs time since 1999.  It also officially gave him a 50-year span of singles on the top 40: the longest for any artist in Billboard history.

–“Cold Heart” was an even bigger hit in the U.K. When it hit the top 10, it made Elton the only act in the history of the singles chart in that country to score a top-10 hit in six different decades.  Then in October, “Cold Heart” topped the U.K. chart, becoming Elton’s first number-one in his home country in 16 years.

–“Cold Heart” also became Elton’s first-ever number one on Billboard‘s Hot Dance/Electronic Songs chart, and his first Australian number-one since 1997, making him, at 74, the oldest person ever to top the Australian chart.

–The number-one success of “Cold Heart” in the U.K. was helped along by Elton’s pal Ed Sheeran.  After his song “Shivers” had been number one for four weeks, Ed actively encouraged his fans to stop streaming his song and stream Elton’s instead, writing, “Who doesn’t wanna be knocked off [the top] by Elton anyway?”

–After the release of “Cold Heart,” Elton surprised fans by announcing The Lockdown Sessions, an album featuring Elton duetting with everyone from Miley Cyrus, Lil Nas X and Nicki Minaj, to Stevie Nicks, Stevie Wonder and Pearl Jam‘s Eddie Vedder.

–Released in October, The Lockdown Sessions became Elton’s first top-10 album since 2016 in the U.S., and his first number-one album in the U.K. since 2012.

–In November, Prince Charles presented Elton with the Order of the Companions of Honour, which was first established in 1917 to reward “outstanding achievement.”

–In December, Elton and Ed teamed up for the festive holiday song “Merry Christmas,” which debuted at number one on the U.K. chart.  The duo then partnered with the British duo LadBaby to create a parody of their song called “Sausage Rolls for Everyone,” a charity single which raised money for British food banks.  The parody went on to become the U.K.’s much-coveted Christmas number one for 2021. It gave Elton his third U.K. number one of 2021.

–The one negative thing that happened to Elton in 2021 was that he had to push back his European tour dates because he had to have a hip operation. But his Farewell Yellow Brick Road tour is one of the most anticipated of 2022.