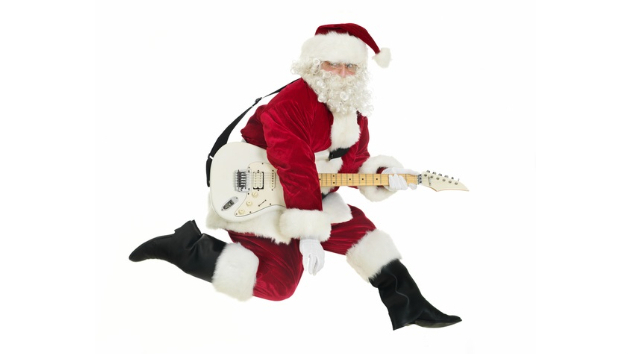 Christmas is upon us, and a variety of music artists tell ABC Audio that, like so many people during the ongoing COVID-19 pandemic, they’re planning a fairly low-key holiday celebration this year.

Moody Blues singer/bassist John Lodge explains that most years around this time he’d be on tour, “but not this year, so…I’m just gonna enjoy Christmas.”

Lodge notes that his wife is from Denmark, so his family usually observes the Danish tradition of dancing around the Christmas tree on Christmas Eve.

Nils Lofgren, a member of Neil Young‘s and Bruce Springsteen‘s respective backing groups Crazy Horse and the E Street Band, says his Christmas gathering likely will just feature him and his wife, Amy, their son Dylan, “his two dogs and our two dogs very quietly and safely having a very sedate Christmas, because it’s just not safe to do otherwise.”

Vanilla Fudge‘s Mark Stein says his family plans to “just have some stay-at-home dinners and opening presents, like most people in this country do.”

Stein also shares a holiday message for fans, wishing that people “stay safe and stay focused and appreciative of…what we do have this holiday season, because although there’s a lot of unrest going on in the nation and the world, anybody that’s got…a roof over your head and family that you can hug and love and share stories with and gifts…[that’s] more than enough payoff.”

Meanwhile, Go-Go’s drummer Gina Schock won’t be home for the holidays. Schock, whose band was inducted into the Rock & Roll Hall of Fame in October, says her yuletide plans entail “rehearsing and doing shows” with the group.

The Go-Go’s have five West Coast concerts lined up between December 28 and January 3.