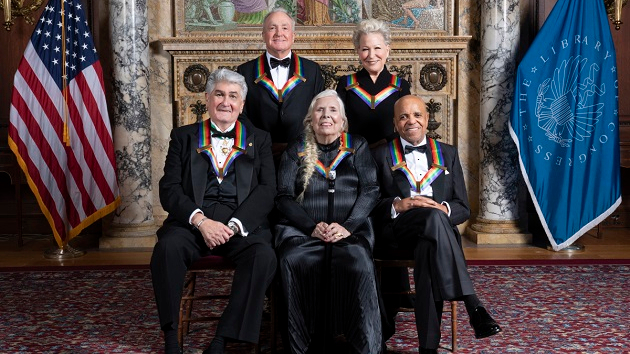 Among the performers and presenters who took part in the gala, which was held December 5 in Washington, D.C., were Paul Simon, Graham Nash, Stevie Wonder and many more.

Nash was featured as the narrator of a video presentation celebrating Mitchell, who was his one-time romantic partner. Among the performers who paid tribute to the legendary Canadian singer/songwriter were Herbie Hancock, Alabama Shakes frontwoman Brittany Howard, Norah Jones, Brandi Carlile and Ellie Goulding.

The event’s finale featured a salute to Gordy, which included musical tributes from Wonder and Smokey Robinson.