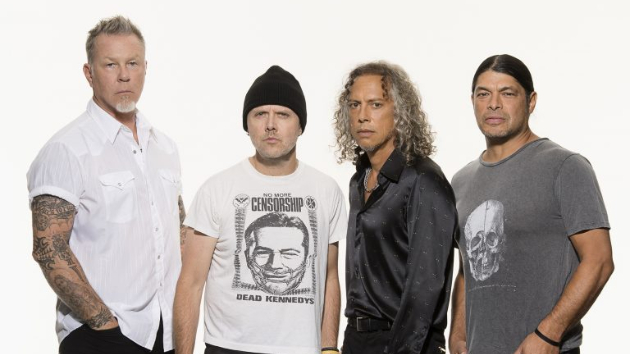 Metallica is here to help make your holiday season a bit heavier.

The metal legends have announced rebroadcasts of their recent 40th anniversary concert streams. You can watch both shows on-demand via the Coda Collection channel on Amazon Prime Video from December 24 at noon ET through December 27.

Metallica’s 40th anniversary shows took place December 17 and 19 in the band’s hometown of San Francisco, and were streamed online for free. The sets included performances from songs off every one of ‘Tallica’s 10 studio albums.

In other Metallica news, a beloved shirt belonging to Cliff Burton has finally been returned to the late bassist’s family. The shirt, which featured the logo from the ’70s horror classic Dawn of the Dead, was brought back by Faith No More drummer Mike Bordin, who’d played with Burton in their first band, EZ-Street.

“A huge Thank You to Mike ‘Puffy’ Bordin for bringing Cliff’s original Dawn of the Dead shirt back home where it belongs,” the Burton family writes in an Instagram post. “It’s been a roller coaster of emotions and we appreciate Mike and the person who kept it safe for us for 30 plus years.”

“Our only regret is Ray isn’t here to see it,” the post concludes, referring to Cliff’s late father, who died in 2020.