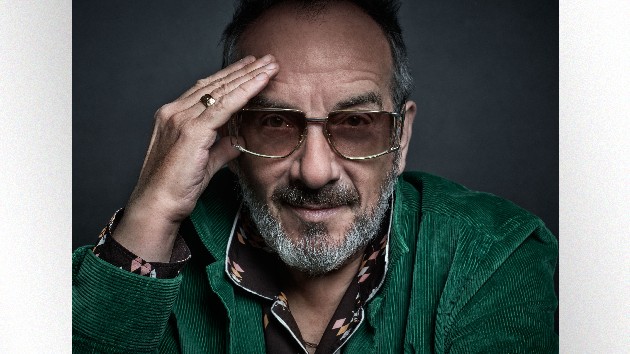 Elvis Costello has released another track from his forthcoming album with The Imposters, The Boy Named If, due out January 14.

The new song, “Paint the Red Rose Blue,” is out now, and Costello describes it as “the account of someone who has long-courted theatrical darkness, only for its violence and cruelty to become all too real.”

“In its wake, a bereft couple learn to love again, painting a melancholy blue over the red of romance,” he adds.

As previously reported, in addition to the usual formats, The Boy Named If will also be available as an 88-page “hardback storybook edition,” each copy of which will be signed and numbered by Elvis.  It’ll feature 13 illustrated short stories, each one based on one of the album’s songs.

While he’s always been prolific, Costello’s been releasing albums at a steady clip since the start of the pandemic, beginning with Hey Clockface in October of 2020.  This past March, he put out an EP featuring new versions of six songs from that album sung in French by various people, including Iggy Pop.