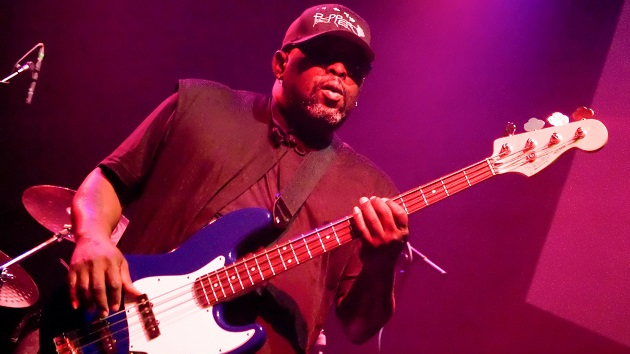 Acclaimed bassist Robbie Shakespeare, who with drummer Sly Dunbar made up the legendary Jamaican rhythm section and production duo Sly and Robbie, died Wednesday at the age of 68, Jamaican newspaper The Gleaner reports.

According to the newspaper, Shakespeare had been suffering from kidney-related health issues and died in Florida, where he’d lived for the last few years.

Sly and Robbie first worked together in the Jamaican session group The Revolutionaries, and soon began collaborating as a musical duo and a production team. Their work is credited with revolutionizing the sound of reggae.

Olivia “Babsy” Grange, Jamaica’s minister of Culture, Gender, Entertainment and Sport, paid tribute to Shakespeare in her Twitter feed, writing, “Robbie and Sly Dunbar…have been among Jamaica’s greatest musicians. This fantastic team took bass playing and drumming to the highest level as they made music for themselves as a group and for many other artistes locally and internationally. Robbie’s loss will be severely felt by the industry at home and abroad. He will be sorely missed.”

In Rolling Stone‘s 2020 list of the “50 Greatest Bassists of All Time,” Robbie ranked #17. The magazine wrote of his and Dunbar’s musical contributions, “No other musical entity in the post-[Bob] Marley era has been so omnipresent in shaping the sound of Jamaica and bringing it to the world.”