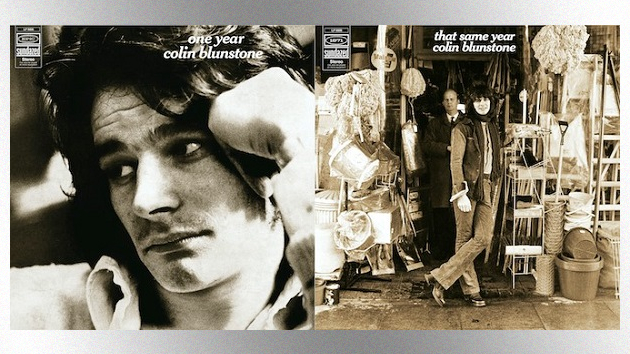 The 50th anniversary reissue, which is available on CD, as a two-LP vinyl set, digitally and via streaming, features a newly mastered version of the original 10-track album, plus a 14-song collection of bonus recordings dubbed That Same Year.

Blunstone recorded One Year after The Zombies’ breakup, with his former band mates Rod Argent and Chris White co-producing the album and contributing three songs they co-wrote to the project.

“[I]t was a little bit like a Zombies reunion, really,” Colin tells ABC Audio, while noting that the members of Rod’s then-new band Argent were brought in to play on some of the initial tracks. As the sessions proceeded, a young classical British composer named Chris Gunning was tapped to create string arrangements for most of the songs.

While One Year had little success in the U.S., the album yielded a top-20 U.K. hit with Blunstone’s cover of the Denny Laine-penned “Say You Don’t Mind,” which Colin says was “a great song.”

The 14 bonus tracks have an interesting back story. Blunstone says White’s sons, while looking through their father’s archives recently, discovered some reel-to-reel tapes with demos Colin had written and recorded around the time of the One Year sessions but had completely forgotten about.

Studio versions of three of the demos appear on One Year, while Colin recorded another for his second solo album, 1972’s Ennismore, but most of tunes had never been released in any form.

“Hopefully, it will be illuminating to people to just see what I was doing in the way of songwriting at that time,” Blunstone says of the demos.