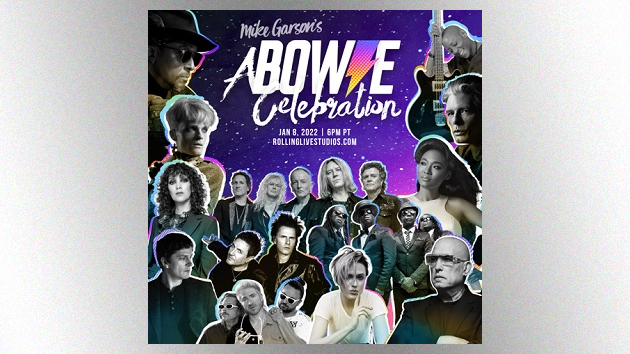 The 2022 edition of the event, dubbed “Mike Garson’s A Bowie Celebration,” will take place on what would have been David’s 75th birthday, and will feature performances by Def Leppard, Duran Duran‘s Simon Le Bon and John Taylor, Living Colour, Rob Thomas, WALK THE MOON, and actors Gary Oldman and Evan Rachel Wood, among others.

In addition, Ricky Gervais will make a special appearance during the show, part of the proceeds from which will benefit the Save the Children charity.

The event will be dedicated to legendary late photographer Mick Rock, and also will celebrate the 35th anniversary of Jim Henson fantasy film, Labyrinth, which starred Bowie as the Goblin King and featured five songs he wrote.

Tickets and ticket bundles for the event are available now at RollingLiveStudios.com/Bowie. Among the special extras included in some of the bundles are a Q&A with band members and an personal piano track recorded by Garson.

The presentation will begin at 9 p.m. ET on January 8 and will be available for 24 hours.

“It’s an honor to be able to continue to share David Bowie’s music with the world,” says Garson in a statement. “I’m excited for everyone to be able to experience this very special show.”