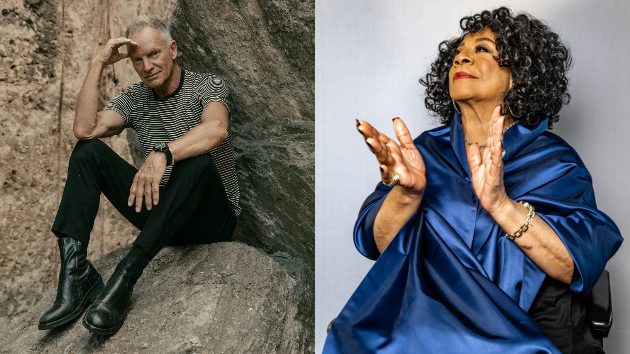 Sting and acclaimed soul/gospel singer Merry Clayton are among the artists who perform at a pair of concerts celebrating legendary music executive Jerry Moss on February 11 and 12 at The Music Center’s Dorothy Chandler Pavilion in Los Angeles.

Besides Sting and Clayton — the latter of whom famously sang backing vocals on The Rolling Stones‘ “Gimme Shelter” and Lynyrd Skynyrd‘s “Sweet Home Alabama” — the events will include musical tributes from Moss’ A&M co-founder Herb Alpert, as well as from Burt Bacharach, Sérgio Mendes and others. In addition, actor Tim Curry and other celebs will be on hand to pay homage to Moss.

The concerts will showcase some of the most famous songs produced by A&M Records artists, and also will feature stories and video presentations celebrating “the spirit and legacy of” the label under Moss’ and Alpert’s guidance.

Tickets for the concerts can be purchased now at MusicCenter.org/Moss. Money raised by the events will go toward The Music Center’s initiatives to provide free and affordable arts experiences to people in the Los Angeles area.

“I met Mr. M in 1978 on my first trip to Los Angeles and was proud to induct him and Mr. A[lpert] into the Rock and Roll Hall of Fame in 2006. He is one of the finest gentlemen I have ever met,” says Sting. “He was sensitive to our needs, respected the creative process and understood the freedom artists must have to let the art speak for itself.”

Adds Alpert, “My success as a recording artist is greatly due to my dear friend and A&M partner Jerry Moss.”