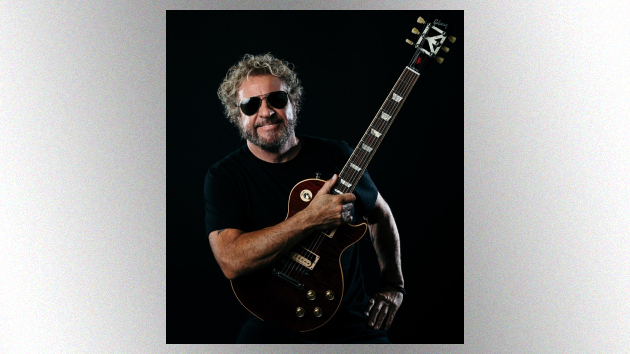 Sammy Hagar is famously known as the Red Rocker, but he may be donning silver and black this afternoon, when he’ll be performing during the halftime show at the Las Vegas Raiders’ game against the Cincinnati Bengals at Sin City’s Allegiant Stadium.

Hagar will be joined by guitarist Vic Johnson, a member of Sammy’s backing groups The Circle and The Wabos, and the two musicians will be accompanied by the Raiders House Band.

Hagar’s set will include renditions of his former band Van Halen‘s “Right Now” and his 1982 solo song “There’s Only One Way to Rock.”

“It’s going to be a blast to come out…and rock the Raiders’ halftime show,” says Hagar in a statement. “I have a great deal of respect for [Raiders owner] Mark Davis and it’s incredible what he and the team have brought to Las Vegas, which is like a second home to me…I’ve done some cool things in my life, and this is up there.”

Sammy recently wrapped up a run of sold-out “Sammy Hagar and Friends” residency shows at the Las Vegas venue The Strat.

Hagar becomes the latest in a series of music stars who have performed at Raiders home games this season, joining Carlos Santana, electronic music artist DJ Marshmello and rappers Ludacris, Too $hort and Ice Cube.

Meanwhile, Hagar and The Circle will wrap up their 2021 tour schedule next month with the “A Toast to Texas” trek, a four-show outing taking place December 3 in Fort Worth, December 4 in San Antonio, December 6 in Austin and on December 8 in Houston.