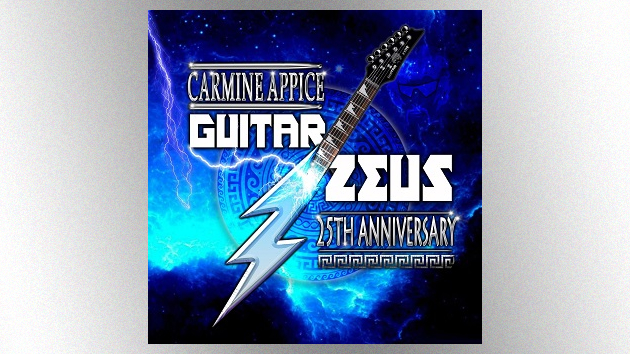 The collection also features rough mixes of four Guitar Zeus tracks created so that guitarists can play along at home.

“I consider Guitar Zeus one of the best projects, if not the BEST project I’ve done,” Appice says. “I hope you enjoy this 25th year celebration of some of the greatest rock [guitarists] ever put together.”

Two versions of the box set can be pre-ordered now at DekoEntertainement.com and MerchBucket.com, both featuring four vinyl LPs, three CDs and a booklet containing new interviews and rare photos.

The pricier “Mega-Bundle” version of the set also comes packaged with a Guitar Zeus t-Shirt, an autographed photo of Appice, and a limited-edition Guitar Zeus necklace.

You can check out a video for the version of “Mystified” featuring Thayer at Deko Entertainment’s YouTube channel.