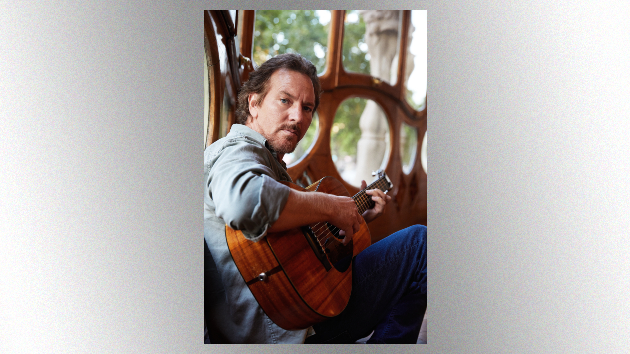 Pearl Jam‘s Eddie Vedder has premiered a new song called “The Haves,” a track from his upcoming solo album, Earthling.

“The Haves,” which is available now for digital download, is the second track to be released from Earthling, following the September debut of the lead single, “Long Way.”

Along with the new tune, Vedder has announced the release date for Earthling: February 11, 2022. The album’s available for pre-order on physical formats now.

Earthling, which was produced by Andrew Watt — who has collaborated with Ozzy Osbourne, Elton John, Miley Cyrus and many others — is Vedder’s first solo album since 2011’s Ukulele Songs. He made his solo debut his soundtrack to the 2007 film Into the Wild.

For more Eddie content, the grunge icon just released a new audio project with Audible.com called ﻿I Am Mine﻿. As part of Audible’s Words + Music series, I Am Mine finds Vedder telling personal stories from throughout his life in between exclusive performances of PJ and solo songs.

Meanwhile, you can catch all of Pearl Jam perform together on Thursday night’s Venture into Cures streaming concert, which will raise money for those affected by the rare genetic disorder Epidermolysis bullosa. For more info, visit VentureintoCures.org.