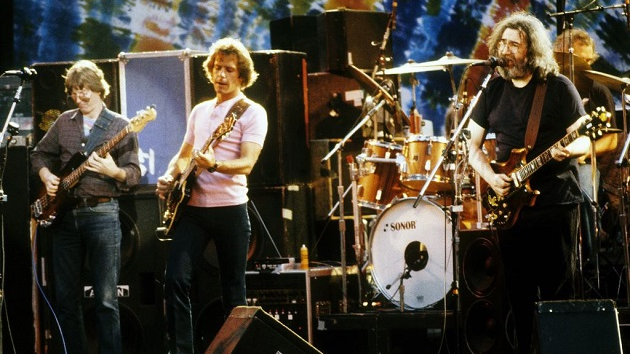 The long, strange trip of The Grateful Dead just got a little bit stranger with the news that Martin Scorsese has signed on to direct an as-yet-untitled biopic about the legendary jam band that will star Jonah Hill as the group’s late frontman, Jerry Garcia.

The film’s script is being written by Scott Alexander and Larry Karaszewski — whose credits include American Crime Story: The People vs. O.J. Simpson, the Andy Kaufman biopic Man on the Moon and The People vs. Larry Flynt — along with Rick Yorn of LBI Entertainment.

The movie won’t be the first Grateful Dead-themed project that Scorsese has worked on. He also was an executive producer on the 2017 documentary Long Strange Trip that focused on the band’s history. Scorsese and Hill also previously worked together on Martin’s 2013 film The Wolf of Wall Street.

Hill reacted to the news of the Grateful Dead biopic by posted a screenshot of the Deadline article on his Instagram page, along with praying hands and skull emojis.