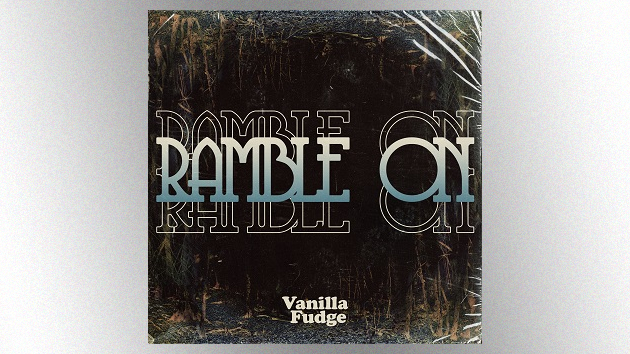 Vanilla Fudge has announced plans to release a remastered version its 2007 cover of Led Zeppelin‘s “Ramble On” as a digital download and via streaming services on November 30.

The song is the third advance track from a remastered edition of a full Led Zeppelin covers album called Out Through the In Door that the band originally put out in 2007, and which will be released with a new title, Vanilla Zeppelin, and updated packaging at an as-yet-unannounced date.

You can pre-save the track now on Spotify and Apple Music, and also check out a 30-second clip of the tune, which features Vanilla Fudge putting their own keyboard-driven spin on the hard-rocking Led Zeppelin song. The other remastered Zeppelin cover that the band released in advance of the Vanilla Zeppelin album were “The Immigrant Song” and “Rock and Roll,” which arrived in September 2020 and March 2021, respectively.

Vanilla Fudge’s most recent release was a new cover of the classic 1965 Supremes hit “Stop in the Name of Love,” which the band issued in September. The track featured the final recording of original Fudge bassist Tim Bogert, who died of cancer in January of this year.

In other news, Vanilla Fudge has three concerts lined up this week that will feature the band supporting Doors guitarist Robby Krieger and his solo group. They take place in New York City at Sony Hall tonight and on Tuesday, November 16, and in Ridgefield, Connecticut, at the Ridgefield Playhouse on Wednesday, November 17.