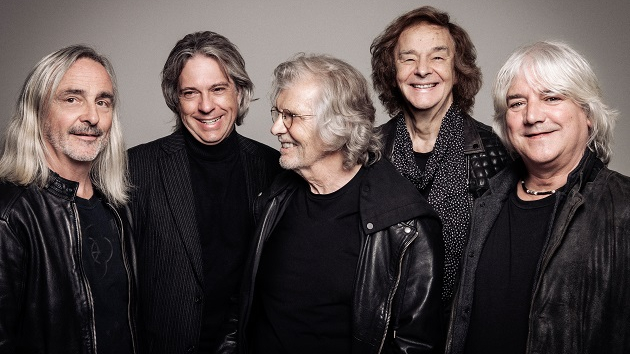 Early spring will be the time of the season for British Invasion legends The Zombies to return to the U.S. for a 2022 tour.

The monthlong trek, dubbed the Life Is a Merry-Go-Round Tour, will kick off on April 1 in Orlando, Florida, and is mapped out through a May concert in Fall River, Massachusetts. The outing apparently is named after a new song by the group called “Merry Go Round” that they played at some of their most recent shows and that likely will appear on the Rock & Roll Hall of Famers’ forthcoming studio album.

Veteran singer-songwriter Bruce Sudano, who is the widower of late disco great Donna Summer, will be The Zombies’ special guest on the tour through an April 14 show in Knoxville, Tennessee, while singer-songwriter-pianist Jesse Lynn Madera will serve as the opening act for the rest of the trek.

Tickets and VIP packages for most of the concerts will go on sale this Friday, November 19, at 10 a.m. local time. Visit TheZombiesMusic.com/live for more information.

The Zombies’ U.S. tour will begin right after the band wraps up a stint on the 2022 Flower Power Cruise, which sets sail from Miami on March 28.

The band also has a series of 2022 U.K. shows lined up in February and early March, a Canadian trek scheduled for July, and a tour of mainland Europe set to take place in September.