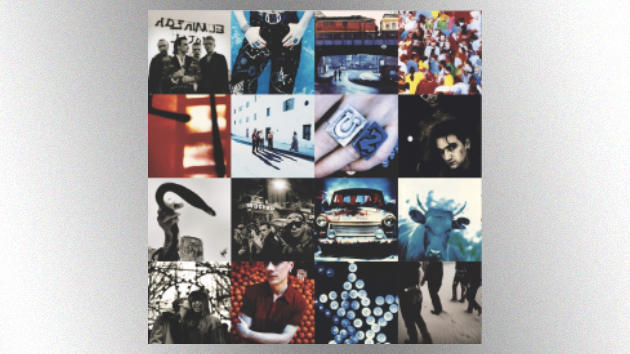 U2 has announced a deluxe reissue celebrating the 30th anniversary of the band’s 1991 album, Achtung Baby.

The package will arrive on vinyl November 19, followed by a digital release December 3. The digital version boasts a total of 50 tracks, including two sets of demos and a collection of B-sides, 22 of which have never been available before digitally.

In celebration of the reissue, U2 is teaming up with artist Thierry Noir for a new art exhibition at Berlin’s Hansa Studios, where the band had started recording Achtung Baby. Noir, who was the first artist to paint on the Berlin Wall, previously contributed to the Achtung Baby artwork and pieces for the 1991 Zoo TV tour.

Released November 18, 1991, Achtung Baby marked U2’s return after they had to “go away” and “dream it all up again” following the end of the Rattle and Hum tour. In contrast to the Americana sounds of Rattle and Hum and The Joshua Tree, Achtung Baby found U2 diving into more of an alternative sound, and started experimenting more with an electronic style that continued throughout their ’90s discography.

Achtung Baby is now certified eight-times Platinum by the RIAA, and spawned the singles “One,” “The Fly,” “Mysterious Ways,” “Who’s Gonna Ride Your Wild Horses” and “Even Better Than the Real Thing.”