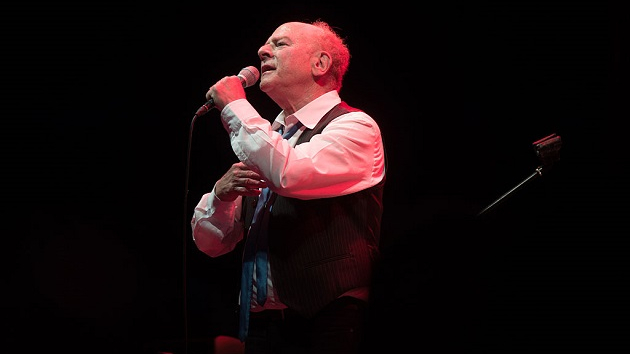 Art Garfunkel, the angelic-voiced singer who made up half of legendary folk-rock duo Simon & Garfunkel, celebrates his 80th birthday today.

Garfunkel began performing and recording with Paul Simon during the 1950s as a rock ‘n’ roll duo called Tom and Jerry. After breaking up for a while, Art and Paul reunited in the early ’60s and began recording acoustic folk music using their real names.

After their debut album, 1964’s Wednesday Morning, 3 A.M., was a failure, they split up again. Then, in 1965, producer Tom Wilson took a track from the album, “The Sound of Silence,” and added electric guitar and drums and re-released it, and it became a hit, topping the Billboard Hot 100.

The reunited duo, propelled by Simon’s songs, and Art and Paul’s harmonies, went on to become one of the most celebrated music acts in the world.

After the success of “The Sound of Silence” and through the 1970s, Simon & Garfunkel scored two more #1 hits, “Mrs. Robinson” and Garfunkel’s showcase “Bridge over Troubled Water,” and numerous other top-40 singles.

Garfunkel won five Grammys for his work with Simon, including Album of the Year and Record of the Year in 1970 for Bridge over Troubled Water and its title track.

Garfunkel launched an acting career in the early 1970s that Simon cited as a factor in his decision to break up the duo.

After the split, Art enjoyed moderate solo success. He scored a #9 hit with his 1973 single “All I Know,” written by Jimmy Webb, and his 1975 album Breakaway was certified platinum.

Over the years, Simon and Garfunkel reunited multiple times for tours and special events, but the two old friends currently are estranged.

Art was inducted into the Rock & Roll Hall of Fame as a member of Simon & Garfunkel in 1990. He continues to perform as a solo artist. His next scheduled tour is a run of European dates in fall 2022.