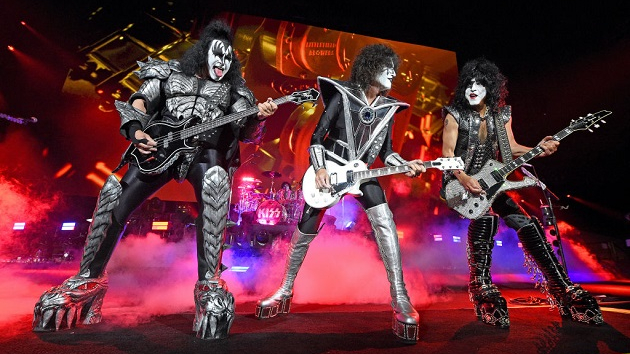 KISS will no longer be turning Sin City into Rock City in late 2021 and early 2022. The band’s upcoming Las Vegas residency at Zappos Theater at Planet Hollywood Resort & Casino has been canceled, according to the Las Vegas Review-Journal and Ticketmaster.com.

No reason has been given for the cancellation, but Ticketmaster reports that people who purchased tickets for the shows will automatically receive a refund.

News of the cancellation comes a couple of days after Rolling Stone published a story that called into question how stringent the COVID-19 safety protocols for KISS’ End of the Road farewell tour were in the wake of the October 17 death of the band’s longtime guitar tech, Francis Stueber, who passed away two days after being put in quarantine because of the virus.

The article interviewed three members of the road crew — who wished to remain anonymous — who alleged that the tour “didn’t take strict enough safety measures,” and suggested that this may have led to Stueber’s death.

Meanwhile, KISS currently are taking part in the 10th edition of their KISS Kruise. As seen in fan-shot video from the cruise, former KISS guitarist Bruce Kulick joined his old band Friday to perform a pair of songs — “Heaven’s on Fire” and “Tears Are Falling” — during an outdoor performance.

KISS Kruise X runs through Wednesday, November 3. KISS also confirmed plans for a KISS Kruise XI, which will set sail from Los Angeles on October 29, 2022, and will visit Enseneda, Mexico, and Cabo San Lucas, Mexico, before returning to port on November 3.