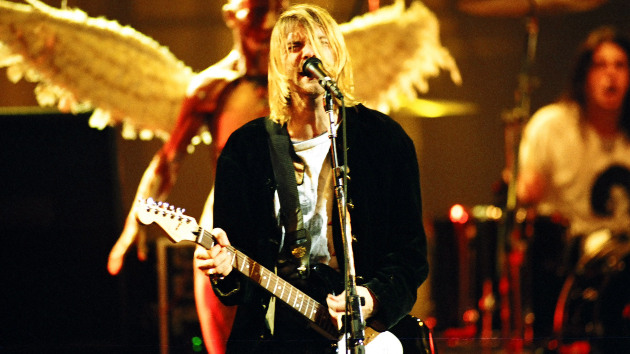 A copyright case involving a Nirvana t-shirt design has been dismissed by a California federal judge, Billboard reports.

Earlier this year, the grunge icons were sued by Jocelyn Susan Bundy, who claimed that her grandfather, English writer C.W. Scott-Giles, had created the design seen on Nirvana’s so-called “Vestibule” shirt, which was inspired by the “circles of Hell” depicted in Dante‘s Inferno.

Bundy said that her grandfather’s artwork was created in 1949 and is protected by British copyright law. In arguing for dismissal, lawyers for Nirvana and fellow defendant Live Nation Merchandise maintained that a suit involving U.K. law should not be decided by a California court. Indeed, the judge dismissed the case Thursday on those grounds.

“Given that one of the core disputes in this case concerns ownership of the copyright in the Illustration, which is governed by U.K. law, the U.K. likely has a stronger interest, on balance, in this case,” the ruling reads.

However, as Billboard notes, Nirvana may not be completely done with the case, since it could continue in the U.K. A condition of the judge’s dismissal is that Nirvana must agree to allow the case to continue in the U.K. and have it heard by a British court, should Bundy decide to refile the suit.

Since 2018, Nirvana has been involved in a lawsuit against fashion label Marc Jacobs, alleging that the label infringed on the copyright of the band’s smiley-face logo.

Meanwhile, Nirvana was sued just this past August by Spencer Elden, who was photographed as a baby for the now-iconic album cover for Nevermind. Elden alleges that the photo constitutes child pornography.

In non-lawsuit Nirvana happenings, a 30th anniversary reissue of Nevermind will be released November 12.