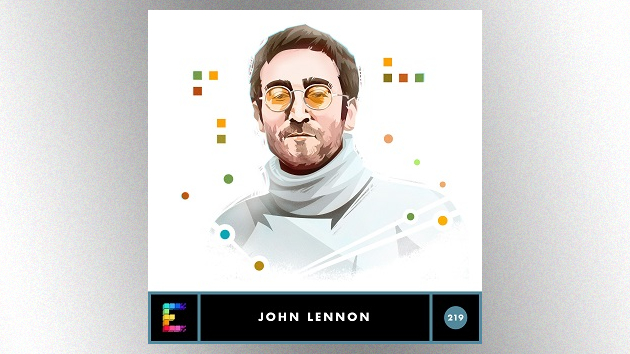 The presentation, which was created by the Song Exploder team in partnership with Lennon’s estate, features a new interview with Plastic Ono Band bassist and longtime Beatles associate Klaus Voormann, as well as archival interviews with John, Ringo Starr and late keyboardist Billy Preston, all of whom played on the track.

To produce the episode, which takes an in-depth look at the creation of “God,” Song Exploder was given access the John Lennon Estate’s extensive interview archives, as well as the song’s master recording, original demo and outtakes.

“I’m a big fan of Song Exploder and the way [host] Hrishi [Hirway] analyzes songwriting and recording using the multitracks and sessions and the creator’s voice,” says John’s son, Sean Ono Lennon. “The shows are always intelligent, well-researched and beautifully edited, so we felt comfortable and confident opening up the archive to them to tell the story of this important song’s creation.”

“God” appears on Lennon’s first solo studio album, John Lennon/Plastic Ono Band, and famously features lyrics in which John declared that he’d put his famous band behind him, including, “I don’t believe in Beatles/ I just believe in me/ Yoko and me.”

Much of the music used in the Song Exploder episode was taken from the John Lennon/Plastic Ono Band — The Ultimate Collection box set, which was released in April.

The Lennon interview featured in the episode was taken from a December 1970 conversation with Rolling Stone‘s Jann Wenner. Starr’s audio comes from the 2008 Classic Albums documentary about John Lennon/Plastic Ono Band.

You can listen to the episode at SongExploder.net, and via Apple Podcasts and Spotify.