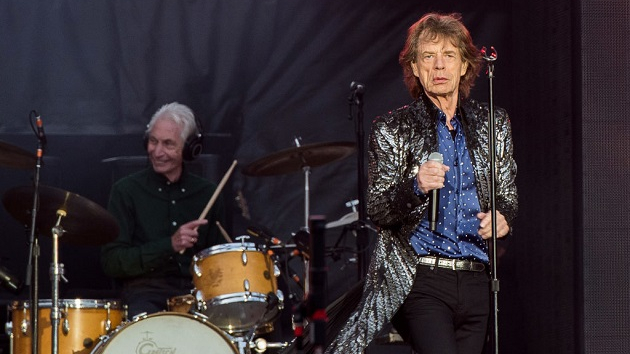 With The Rolling Stones back on tour and the band preparing to release a deluxe Tattoo You reissue next month, Mick Jagger chatted with Apple Music‘s Zane Lowe about numerous topics, including the group moving forward following drummer Charlie Watts‘ recent death.

In the interview, Jagger reveals that before Watts’ passing, he’d recorded parts for new songs that likely will appear on The Stones’ next album, noting that some of the recordings were done while they were working on the reissue’s bonus tracks.

“I did some stuff with him in the studio very recently, while we were doing [these] Tattoo You things,” Mick reports. “We did some…work on Tattoo You. Charlie did some work on…just a few fills and stuff like that. And then when we started messing around with some other things…It seems like only yesterday that I was in the studio with Charlie, joshing around. It’s just so weird and then very sad.”

Reflecting on recording new Stones material in the future, Jagger laments, “[W]ithout Charlie being there, it’s going to be very difficult.”

Having said that, Mick maintains that he and his band mates all want to keep going.

“[T]he thing about the Rolling Stones, I think, throughout their career has been their resilience in the face of adversity,” Jagger noted. “We’ve had adversity, and this was probably one of the most difficult ones. And so we booked the tour [that was] supposed to be played last year. We couldn’t do it for obvious reasons, because of the pandemic. And I just thought, and I think everyone in the band thought that we should just carry on.”

He added, “I’m glad we’re doing it. I know Charlie wanted us to do it. I think the audience wants to do it.”