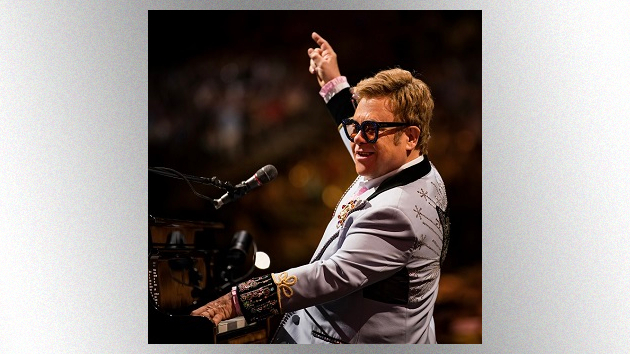 Elton John‘s definitely having a moment: First, his Dua Lipa duet “Cold Heart” has become his biggest hit in years, both in the U.S. and in his native U.K.  Now, he’s scored a chart feat he hasn’t pulled off for 23 years.

Billboard notes that “One of Me,” Elton’s collaboration with rapper Lil Nas X, has debuted at number 88 on this week’s Billboard Hot 100.  It’s Elton’s 69th Hot 100 entry and his second one this year, after “Cold Heart,” which is currently at #74. The last time Elton had two songs charting simultaneously was in 1998.

Posting a collage of his chart achievements, Elton wrote, “What!? Two tracks in the Billboard 100, #2 in the UK Charts, UK’s most downloaded single for three weeks now and 40 million monthly listeners on @spotify.”

“Thank you everyone!!” he added. “After all, you certainly know how to warm up my ‘Cold Heart.'”

That last sentence was also a reference to Elton’s latest release, “After All,” a duet with Charlie Puth.  Elton and Charlie performed the song together in Paris this past weekend as part of the Global Citizen Live event.  It was Elton’s final performance before he heads in for surgery to repair his hip — an injury that forced him to postpone his concerts this fall.