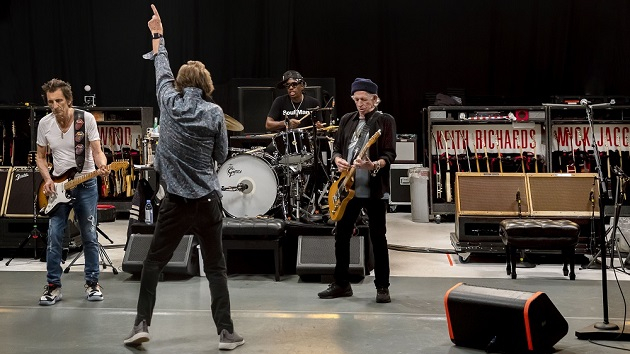 As The Rolling Stones prepare to launch the 2021 leg of their No Filter Tour this Sunday in St. Louis, the band’s main members have shared a new official interview in which they chat about plan for the trek — their first without longtime drummer Charlie Watts, who died on August 24 at age 80.

In the conversation, which was conducted by acclaimed rock journalist David Fricke, frontman Mick Jagger talks about how rehearsals have been going with Watts’ handpicked replacement, Steve Jordan.

“It’s gone well. We all knew [Steve], and I’d played with him before. He’s very respectful of Charlie,” Jagger says. “He played with Keith [Richards] before we started the rehearsals, and then he did homework, listening to the tunes. When we talk about what Charlie did on this one, we listen to the original record, and then we listen to the live versions. There’s certain licks that we want to do, that Charlie did.”

Jagger reveals that The Stones have rehearsed “80 to 90 songs” for the trek, adding, “We’ve got tons of numbers from most eras. So we have a big set list. We can certainly change up the set list.”

Richards reveals that among the songs the band will be playing are two of the bonus tracks from the group’s upcoming Tattoo You reissue — “Living in the Heart of Love” and a cover of The Chi-Lites‘ “Troubles A’ Comin'” — as well as the 2020 Stones single “Living in a Ghost Town” and the 1976 gem “Hand of Fate.”

Regarding how Jordan has been fitting in with the band, Keith notes, “Steve brings with him a lot of knowledge about the Stones. He’ll say, ‘No, Charlie plays like this.’ Steve is so meticulous, so aware of the seat he’s sitting in.”