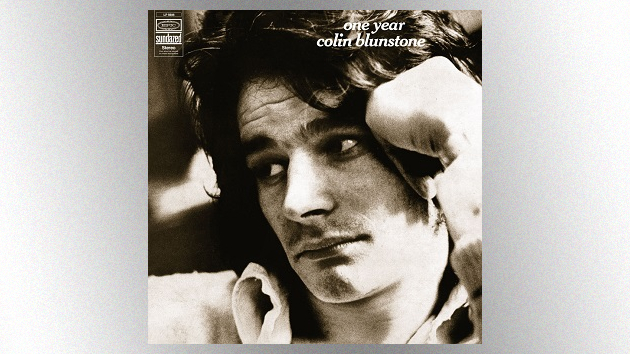 The reissue, which will be available on CD, as a two-LP vinyl set, digitally and via streaming, features the original 10-track album, plus a 14-song bonus album dubbed That Same Year.

Blunstone recorded One Year over a 12-month period following the breakup of The Zombies and their post-demise success with the single “Time of the Season.” Colin’s Zombies band mates Rod Argent and Chris White co-produced One Year, and co-wrote three of the album’s songs, while Blunstone penned four tracks.

The bonus album, That Same Year, features recordings that Blunstone was preparing for possible consideration for One Year, nine of which are previously unheard.

One of the tracks, a stripped down tune called “I Won’t Let You Down” that features Argent on piano, has been released as an advance digital single.

The reissue, which you can pre-order now, features new liner notes penned by Colin, and rare photos from that time period.

Blunstone will celebrate the One Year reissue’s release with two special concerts, scheduled for November 2 in Los Angeles and November 8 in New York City. At the shows, Colin will perform the entire album live for the first time ever, accompanied by a 20-piece musical ensemble led by composer Joe Wong, and also featuring Roger Waters touring drummer Joey Waronker, Helium‘s Mary Timony and a chamber orchestra.