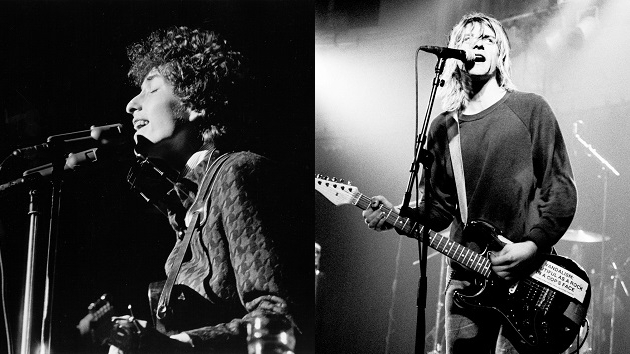 Rolling Stone has published a brand-new list of the 500 Greatest Songs of All Time — it’s first since 2004 — and among the top-ranked tunes are classic recordings by rock artists including Bob Dylan, Nirvana, The Beatles and Fleetwood Mac.

Dylan’s “Like a Rolling Stone,” which topped the 2004 tally, is #4 on the new list, followed at #5 by Nirvana’s “Smells Like Teen Spirit.” The other rock songs in the top 10 are The Beatles’ “Strawberry Fields Forever” at #7 and Fleetwood Mac’s “Dreams” at #9.

Rolling Stone‘s ranking was determined by more than 250 artists, musicians, producers, music industry figures, critics and journalists, who all submitted in their top 50 choices, which the magazine then tabulated. More than half of the songs on the new list weren’t present on the 2004 list.