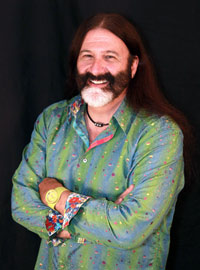 The concert experience continues to be part of every music fans’ lives. It is because of that passion for music that Pierre Robert created Classic Rock Live. This program allows listeners to hear live recordings and reminisce by offering the best songs, from prolific bands, captured from different eras.

Peoples’ listening habits have changed; very few people will sit and listen to an hour of just one band in the internet era. With segments like, “Unreleased Live” and “Wish You Were There,” Classic Rock Live truly delivers a unique listening experience. Unlike all the “live concert” shows of the past that played an hour of one artist, the program will deliver hit after hit, from a variety of classic rock artists in a weekly, two-hour show.

After establishing himself at one of the nation’s first progressive rock stations, KSAN in San Francisco, Pierre Robert traveled east to begin what has become a 29 year run on heritage rock station 93.3 WMMR-FM in Philadelphia. WMMR itself is a rock n’ roll radio survivor having now been a vital part of the Philly music scene playing a balance of both new and veteran rock bands for over 42 years without changing formats.

‘MMR is one of the few remaining stations in the United States that is owned by a relatively small, family operated company (Greater Media) and still broadcasts live and local, 24 hours a day, seven days a week, 365 days a year. Pierre is an integral part of the unique chemistry that exists within the air staff at ‘MMR. His laid-back and friendly on-air style and his ongoing commitment to a variety of local charities speaks to each listener in a one-on-one, very personal way. His vast knowledge of all styles of music has allowed a wide variety of artists, ranging from The Rolling Stones, The Who, Bono, STP, Rush, The Pretenders, Foo Fighters, The Offspring, and Robert Plant among many others to feel quite comfortable in his interviews. This plus his constant presence on the concert scene at venues ranging from the smallest clubs to the largest stadiums (to cover and report on shows) has helped keep him number 1 in mid-days for years.