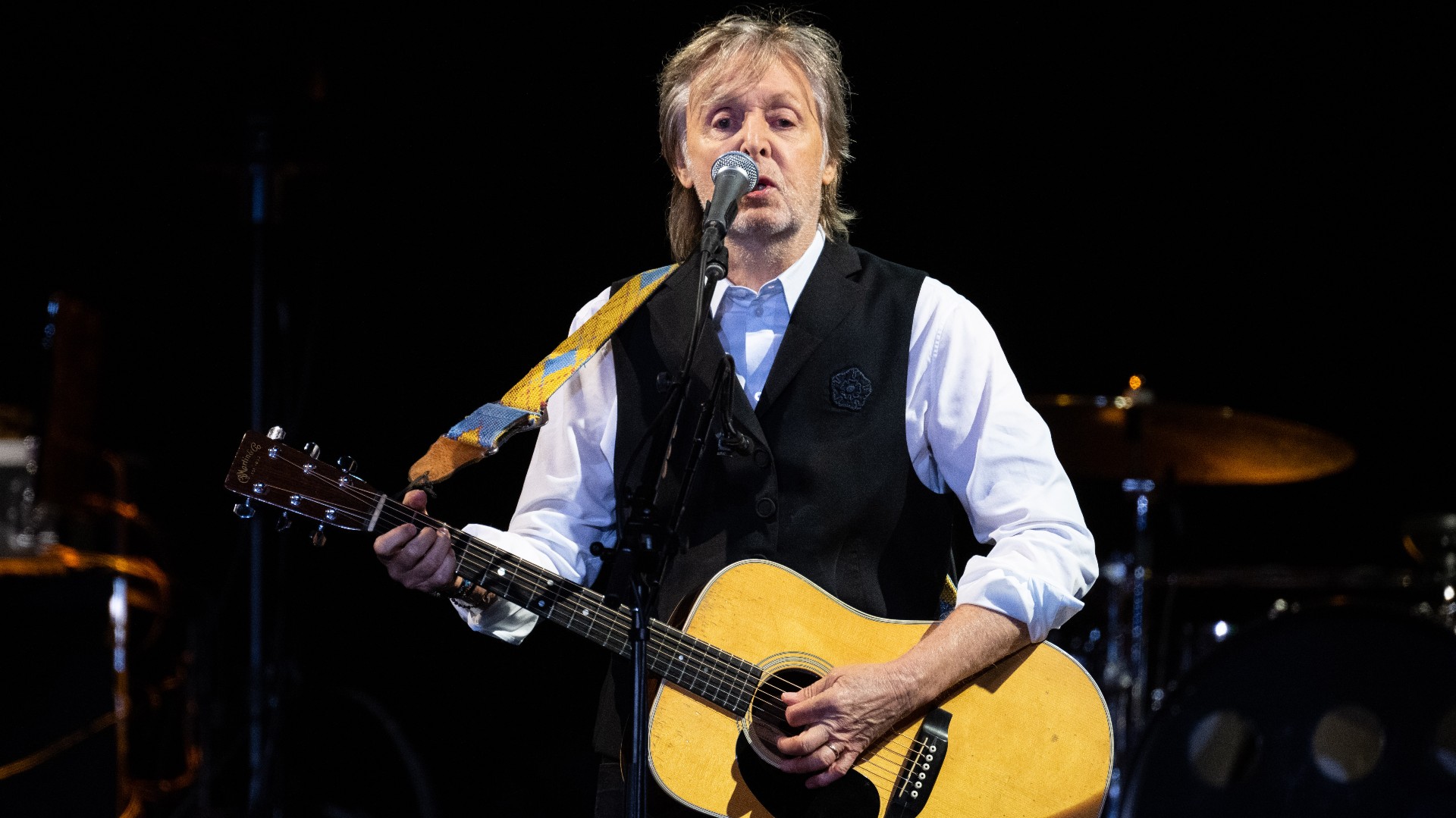 It was a busy year for Paul McCartney, including a long-awaited headlining set at the United Kingdom’s Glastonbury Music Festival. Now he’s reflecting on the experience in a new essay for the BBC, in which he also shares some personal behind-the-scenes photo from the big day.

“Festivals are special, but Glastonbury is particularly so and it’s a big event in lots of people’s year,” he shares. “Because it had been cancelled in 2020 and 2021 due to Covid, it became more important to pull it off.”

Sir Paul writes that Bruce Springsteen agreed to join him all the way back in 2020 and “he kept his promise two years later,” adding that it was “very exciting” having both The Boss and Dave Grohl as his special guests.

“It’s a pretty impressive scene for people in the audience,” he writes. “But we get the whole view up on the stage with the flags and the hills going back forever, so it was quite a big deal that they said yes to joining me in that experience.”

McCartney says it’s “a magical thing” seeing the emotions music can bring out in people. “Then you’ve got the spirituality of the place,” he shares. “When you have an event like Glastonbury and everyone comes together with good vibes and energy, I’m very happy to be part of that.” Check out the behind-the-scenes photos here.