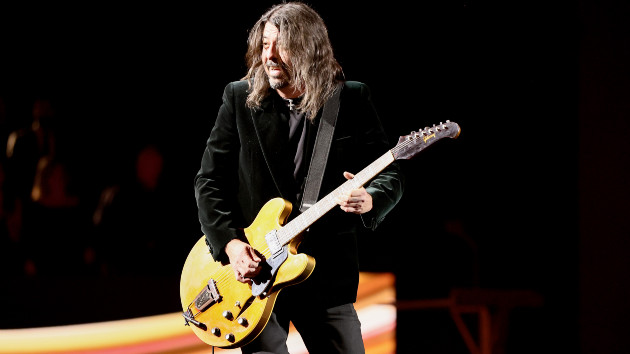 Dave Grohl dug up the rarity “Marigold” during a performance on a concert stream Monday supporting the Chicago charity program Letters to Santa.

“Marigold,” as Grohl fanatics will tell you, is the only song to be released by both Nirvana and Foo Fighters. It was included as a B-side on Nirvana’s “Heart-Shaped Box” single, while the Foos recorded it for their 2006 live album, Skin and Bones.

Grohl had last performed “Marigold” in 2010.

In addition to lending a hand to Letters to Santa, Grohl’s been celebrating the holiday season with The Hanukkah Sessions, his annual cover series with producer Greg Kurstin spotlighting Jewish artists.