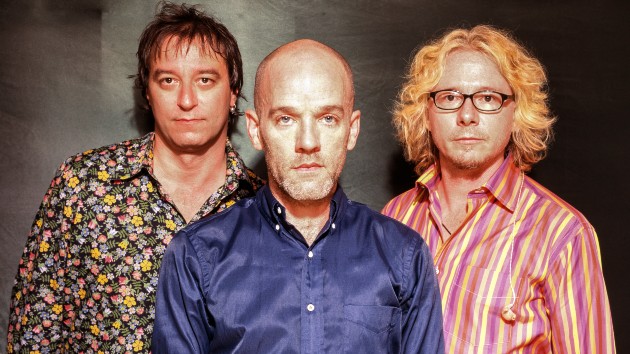 Fans who attended Wednesday night’s concert celebrating the 40th anniversary of R.E.M.’s debut EP, Chronic Town, got quite the surprise. Consequence reports R.E.M.’s Mike Mills and Peter Buck made an appearance at the gig.

The show took place in R.E.M.’s hometown of Athens, Georgia, and while Mills and Buck were not initially on the bill, they wound up playing with the house band, which featured Black Crowes’ Rich Robinson and Sven Pipien, and Screaming Trees’ Barrett Martin. Songs played include “So. Central Rain” and “Fall on Me.”

The concert was hosted by comedian David Cross and also had several artists, including Darius Rucker, Fred Armisen, Indigo Girls, Patti Smith Group’s Lenny Kaye and Drivin N Cryin’s Kevin Kinney, paying tribute to the band with their own performances of R.E.M. songs.

Another Chronic Town tribute concert happens Thursday in Atlanta. Proceeds from the concerts will be donated to Planned Parenthood.