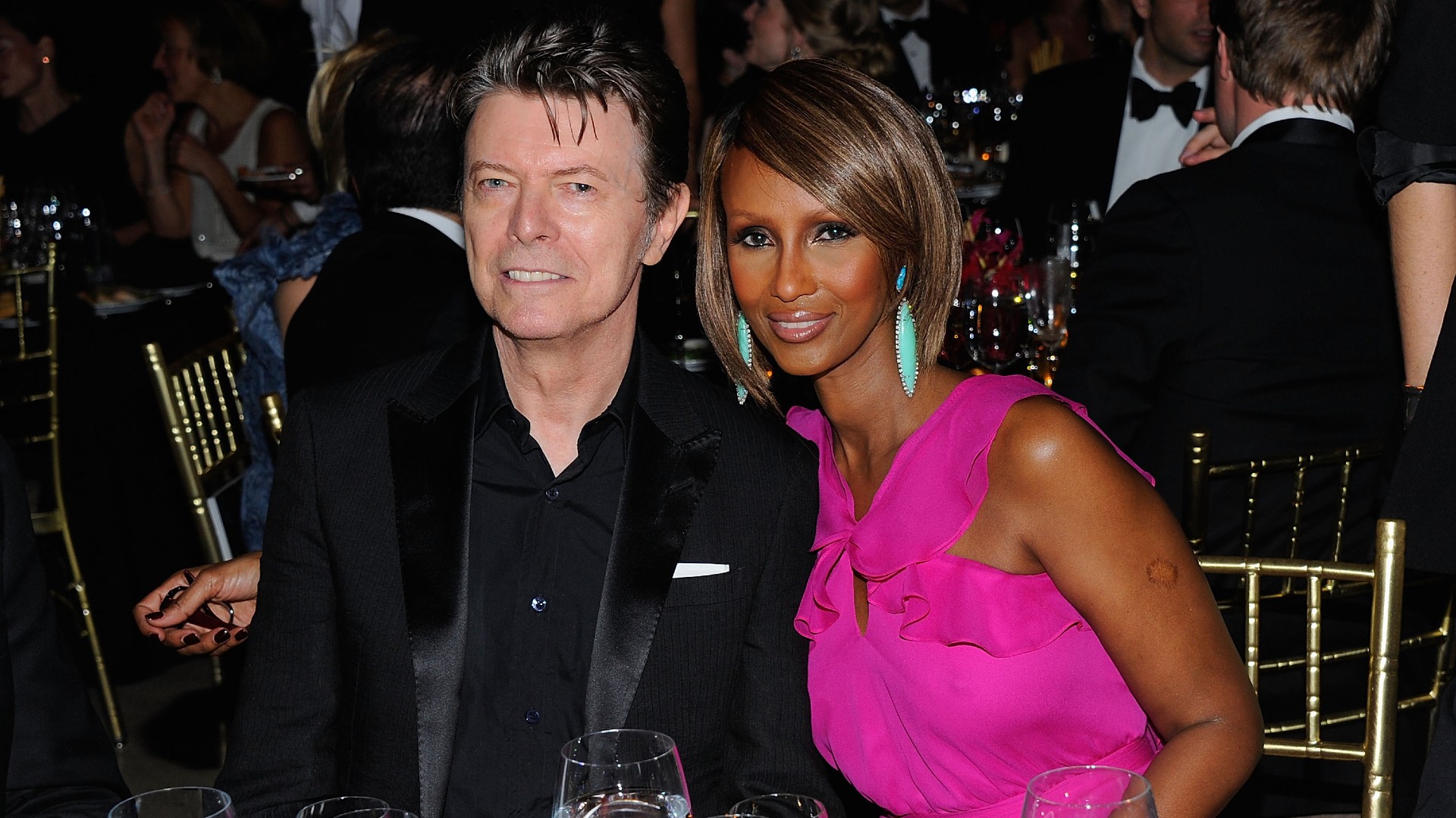 (NOTE LANGUAGE) David Bowie’s wife, supermodel Iman, graces the cover of January’s British Vogue and while the rocker died of cancer in 2016, Iman cautions anyone from referring to him as her late husband.

“He is not my ‘late husband.’ He is my husband,” she tells the mag. “I don’t mind at all being referred to as ‘David Bowie’s wife.’” But, Iman says she and the rocker made it a point to remind people she was more than just married to him. “He never introduced me by saying, ‘Meet my wife.’ He’d always say, ‘Meet Iman, my wife,'” she says. “So we both already had our own identity. We were separate but together.”

Iman shares that it was hard to grieve the loss of her husband because of all the media attention surrounding Bowie’s death. She noted she and her daughter were very private and it all got to be “too much,” so they eventually had to leave their New York home “because the public were always at the front door.”

She says that while she understood all the attention his death received, “there was a point where it was like: ‘OK, go home now.’” Iman explains, “You had people who would take your picture, sell it and then come to you and say, ‘I feel your pain,’” adding, “And, I’m like, ‘No, b****, you don’t feel my pain, get away from me.’”