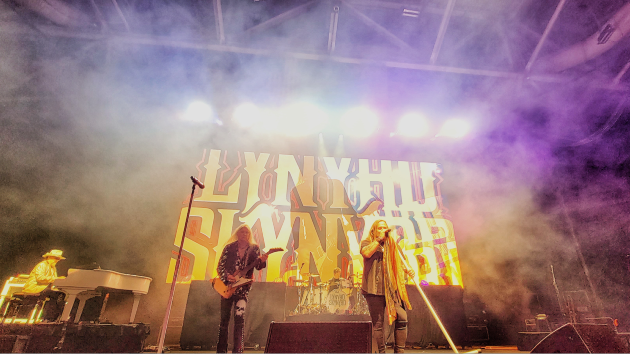 “You know what? I think we’ve been blessed a million times over. And you got to give back when you’re blessed,” Van Zant said. “I think the good Lord wants us to do that. So I’m calling this a holy moment.”

“I’m right off of the river: I got film of it … I watched all these 16- to 18-foot waves roll in, destroyed the marina,” Medlocke told ABC Audio. “Fortunately, I was blessed and my house escaped everything. But I got here about a week after it was over with and went riding around. And I couldn’t believe it. I couldn’t believe the devastation.”

“We’re happy to do this, to give an uplift to the community. I wouldn’t miss this, y’know?” Medlocke added.

Ian was a Category 4 hurricane, and Van Zant said he hopes that people who live in hurricane-prone areas “learn a lesson that, ‘Hey, anytime these things are over 3s or 2s, you might want to leave.'”

“You never know what situation you’re going to be in,” he added, and then laughed, “Mother Nature is really, really bad, you know?”